The BMBF is providing 1.2 million Euros for the reCOVer project. This will enable a research team from the Max-Planck-Zentrum für Physik und Medizin and the Universitätsklinik Erlangen to test a substance active against autoantibodies on a larger group of patients. The drug, called BC 007, has already shown encouraging results in initial treatment trials: The state of health of patients who suffered from severe long-term symptoms after a COVID-19 disease improved significantly. 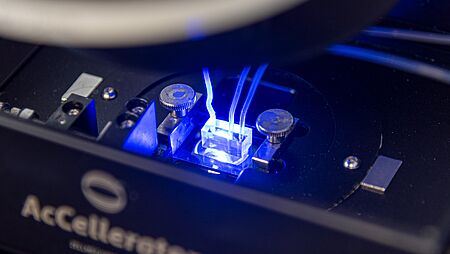 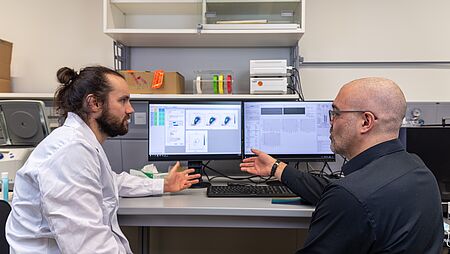 Ironman and cross-country skiing were naturally part of the life of Oliver G. (51) until he was struck by an infection with Sars-CoV-2: "I was a copy of myself and not me," recalls the man from Allgäu. He felt tired all the time, was disoriented and unable to concentrate, and could no longer do his job as a key account manager.

In July 2021, he took part in a treatment trial at the eye clinic of the Universitätsklinikum Erlangen. He received the drug BC 007 by infusion. Within a few days, his condition improved significantly and he has been working again since September. The treatment of three other patients with partly severe Long COVID symptoms was similarly successful.

For this reason, the doctors are now starting a larger placebo-controlled clinical trial with significantly more patients together with the Division of Biological Optomechanics of the Max-Planck-Zentrum für Physik und Medizin (MPZPM) in Erlangen as well as scientists from the Humboldt Universität in Berlin and the Helmholtz Zentrum München. If the positive effect of BC 007 is confirmed here, this is an important step on the way to approval as a drug.

This is possible because the Federal Ministry of Education and Research (BMBF) is now funding the project called reCOVer* (PDF) with almost 1.2 million Euros for at least one and a half years. The project is one of ten applications nationwide for which the ministry has just made a total of 6.5 million Euros available.

Together with her colleagues, project coordinator Bettina Hohberger, a specialist at the Eye Clinic of the Universitätsklinikum, had observed an increase in autoantibodies in the blood of former COVID-19 patients. These molecules of the immune system attack special proteins on the surface of blood cells, for example, and can lead to a deterioration in the blood supply to the micro-vessels in the eye. The measurement of blood circulation in the eye is representative of all organs. The researchers hypothesised that poorer blood circulation, and thus the supply of oxygen to the tissues in the body, could explain many of the symptoms of Long COVID.

The preparation BC 007 was known to be able to block precisely the dangerous autoantibodies that occur after a COVID-19 disease. Originally, the start-up Berlin Cures developed BC 007 as a heart drug and also conducted the first study on humans. "It was a lot of pieces of the puzzle fitting together all at once," Hohberger recalls. And that led them to test the active ingredient first on a few affected people and now within the framework of a placebo-controlled study.

In addition to therapy, it is also a matter of clarifying the causes

"Within the framework of reCOVer, we will actually feel the mechanical properties of the blood cells," adds Professor Jochen Guck, who heads the Division of Biological Optomechanics at the MPZPM and is currently the Managing Director of the Max Planck Institute for the Science of Light in Erlangen. To do this, his team uses real-time deformability cytometry, a technique they developed themselves, in which they let red and white blood cells flow through a narrow channel and record each one individually with a high-speed camera.

The cells deform characteristically, but differently in healthy people and in people with an acute COVID-19 disease, as the scientists were able to show in a recently published study. "Our goal is now to prove that the symptoms in Long COVID are due to a change in certain physical properties of the blood cells," explains Martin Kräter, post-doc in the division. Their method will also help to better understand the effect of BC 007.

People with Long COVID symptoms who would like to take part in the study can write to recover.au@uk-erlangen.de by email. The physicians will contact them if they are eligible to participate.