We note with sadness the passing on December 26, 2018 of Roy Jay Glauber, the founding father of quantum optics and member of the Scientific Advisory Board of the Max Planck Institute for the Science of Light (MPL). 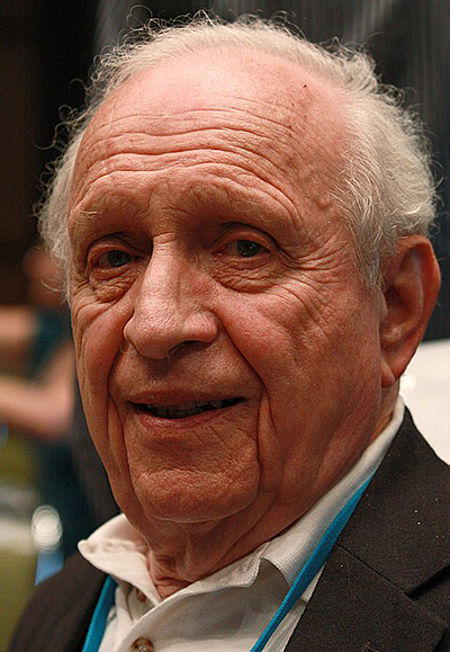 In the following short piece, MPL founding director Gerd Leuchs recalls Professor Glauber’s connections to the Friedrich Alexander University (FAU) in Erlangen, and his involvement in the establishment of MPL.

On September 1, 2005, his eightieth birthday, I telephoned him to ask whether he would allow me to propose him for an honorary doctorate at FAU and he seemed pleased. The idea had taken shape after discussions with Fritz Haake, Wolfgang P Schleich and Herbert Walther, all of whom agreed that Professor Glauber’s contributions had not been sufficiently recognised and that his eightieth birthday would be a good occasion to show our appreciation of his scientific accomplishments. By mid-September the proposal had reached the Science Faculty and was expected to be approved with flying colours, indeed we had already made plans to hold the ceremony in December. But then on October 10 the Nobel Prize Committee intervened, announcing that half of the 2005 Physics Nobel Prize would go to Professor Glauber.  As a result, the Erlangen ceremony was postponed until May 2006, on which occasion Professor Glauber wrote in FAU’s golden book how thoughtful it was of the university to award him an honorary degree.
He had not forgotten that this had been initiated well before he received the call from Stockholm. Then in 2007 the president of the Max Planck Society invited him to join the scientific advisory committee of the – as it was then – Max Planck Research Group at FAU, led jointly by Philip Russell, Lijun Wang and myself. We were under probation and had applied for ‘tenure’ as a full Max Planck Institute. The decisive evaluation by the scientific advisory committee took place in December 2007. Professor Glauber was joined by committee members from all over the world, including Charles H Townes and Anthony E Siegman from the USA and Peter L Knight, committee chair, from the UK. They evaluated us thoroughly and in the end not only made a positive recommendation but also suggested directions in which they thought the institute might develop. It was a great relief when the Max Planck Society finally decided to turn us into a fully-fledged Max Planck Institute. We are keenly aware of how much our success depended on the support and guidance of Professor Glauber and his fellow committee members. Roy remained on the Scientific Advisory Board of the new institute, participating in each of its biennial evaluations, the last of which took place in early 2017. We very much appreciated his advice on scientific issues as well as his dry quick-fire sense of humour, his common-sense and his feeling for what is just in interpersonal relations.

On this last point I would like to share with you the following story. Following Professor Glauber’s landmark 1963 publications on optical coherence he was invited to lecture in 1964 at a summer school at Les Houches in the French Alps. Two Italian physicists unlucky enough not to be admitted to the school came anyway, hoping to hear him lecture on his revolutionary new theory. In the event, even though they promised only to listen, not to drink any coffee in the breaks and to sit still on the auditorium steps so as not to occupy any seats, the organizers did not allow them to attend. Roy somehow noticed the plight of these poor Italians and offered to give his lectures twice, first at the school and then in the evening at the hotel down in the valley where the two Italians were staying.