Another five years of German-Canadian cooperation 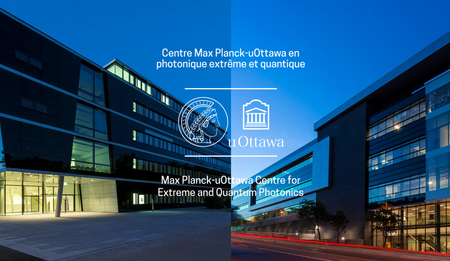 The Max Planck - University of Ottawa Centre for Extreme and Quantum Photonics covers a wide range of research topics: starting with nanophotonics, through ultrafast and intense light pulses and last but not least to biophotonics. During the five years of its existence, the centre lead to nearly 60 joint publications.

In order to plan for the future, the next annual meeting of MPC-EQP will be held from October 19th to 20th. The leading team consisting of Professor Robert Boyd, Canada Excellence Research Chair Laureate in Quantum Nonlinear Optics, Professor Florian Marquardt, Managing Director and head of Theory Division at MPL, Professor Paul Corkum, holder of the Canada Research Chair in Attosecond Photonics, and Professor Gerd Leuchs, head of the Optics and Information Emeritus Group at MPL, will work together with the fellows of the Centre to define the agenda for the next five years.

During the virtual event, the German Ambassador to Canada Sabine Sparwasser will give a speech about scientific cooperation between Germany and Canada. In addition, representatives of the Max Planck-UBC-Tokyo Center for Quantum Materials and the MPC-EQP will explore possibilities for a collaboration during a panel discussion. The Center for Quantum Materials is the second German-Canadian partnership initiated by the Max Planck Society. There is a total of 20 such centres in 13 different countries worldwide.