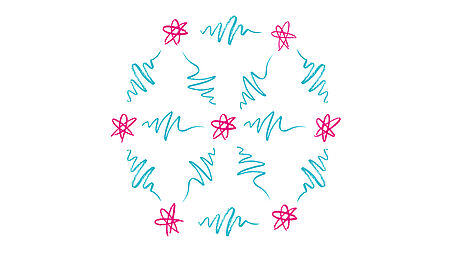 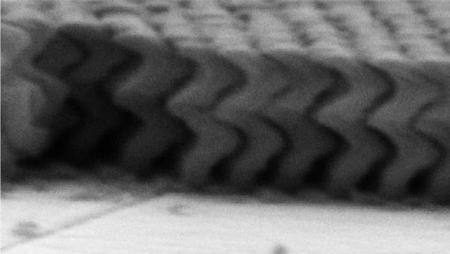 Even in the quantum world, the whole is more than the sum of its parts. Scientists will investigate this collective behaviour of quantum systems in a new Collaborative Research Centre/Transregio (CRC/TR) of the German Research Foundation (DFG). Among them: numerous working groups from the Max Planck Institute for the Science of Light (MPL) in Erlangen. The DFG is providing around 11 million euros for the project called "Quantum Cooperativity of Light and Matter", or QuCoLiMa for short.

Starting in 2021, the SFB/TRR 306 will work on the behaviour of solids at the quantum level for four years, using optical methods. Researchers from all over Germany will work together on this project: The Friedrich-Alexander-Universität Erlangen-Nürnberg will be the coordinating university. In addition to seven MPL groups, the University of Saarbrücken, the University of Mainz, the University of Linz, the University of Jena, the Technical University of Kaiserslautern and the German Electron Synchrotron (Desy) in Hamburg are part of the Transregio. Forschungszentrum Jülich is making its quantum computing resources available for the research project. The DFG is funding the project with a total of around 11 million euros.

The researchers in the project want to understand how cooperative behaviour arises in the quantum world and how it can be controlled. Their findings might be used for quantum technology applications such as improved sensors, tap-proof communication or quantum computers.

Collaborative Research Centres or Transregios are long-term research institutions where scientists from one or more universities work together within the framework of an interdisciplinary research programme. Cooperation with non-university research institutions such as Max Planck Institutes is expressly encouraged. Collaborative Research Centres make it possible to organise innovative, demanding, elaborate and long-term projects that are divided into individual sub-projects.

How light, sound and magnetism interact

The Max Planck Institute for the Science of Light is involved in seven of the 25 subprojects. These cover a wide range of research: Stephan Götzinger and his team, for example, are investigating a series of cooperative effects that occur when two or three molecules interact with each other.

Experimental physicists Nicolas Joly and Philip Russell and their group are investigating the cooperative interplay of photons, phonons and magnons in the artificial mineral yttrium iron garnet. They are working together with the theory group of Silvia Viola-Kusminskiy, who herself is leading another sub-project: In this project, the scientists are studying correlated states of light and matter and want to unravel quantum phenomena at unprecedented scales.

Vahid Sandoghdar and his team are planning to realise novel quantum states of light and matter that are mediated by long-range photonic interaction and do not exist in nature. Maria Chekhova's group is working with Vojislav Krstić, Professor for Applied Physics at FAU, to create quantum cooperative, optically active meta-surfaces from tiny, helical structures of the semiconductors germanium and silicon to produce special, non-classical light.

Claudiu Genes and his group from theoretical physics are exploring cooperative aspects mediated by the electromagnetic vacuum. Florian Marquardt and his team want to use tools of machine learning to discover patterns in the nonlinear dynamics of collective systems that synchronise.