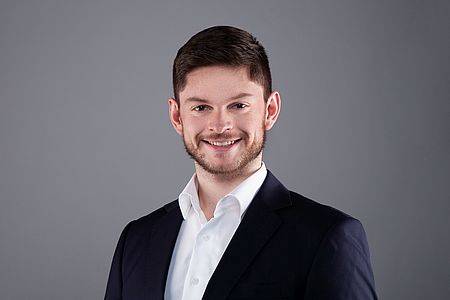 Michael Becker, postdoc in the nano-optics division of MPL Director Vahid Sandoghdar, was able to convince with his project idea and receives the coveted funding from the Marie Skłodowska-Curie Actions of the European Commission for two years. In his project, Becker wants to develop a novel quantum light source.

Quantum technology in many areas, such as imaging, sensing and information processing, relies on devices that reliably emit one photon at a time - so-called single photon sources.  Up to now, mainly systems with discrete energy levels (quantum emitters) have been used. However, the performance of quantum light sources can be greatly improved, when the quantum emitter is coupled to a resonant cavity. If the light—matter interactions between the emitter and the photons in the cavity are strong enough, new quantum mechanical quasi-particles, so-called polaritons are formed. These coupled systems can be exploited to manipulate and control light emission.

In his proposed project, funded by the European Commission with almost 175,000 €, Michael Becker will use organic molecules inside a cavity as a reliable photon source. These quantum light sources can be exploited in imaging and quantum communication technologies. His proposal was ranked among the best 0.3% of the submitted proposals in physics.  Becker will benefit from the expertise of Vahid Sandoghdar, Director at the Max Planck Institute for the Science of Light, and his group in the field of nano-optics.