The British Royal Society of Chemistry has awarded a research team for their work on the protective sugar coat of cells, which included the scientist from the Max Planck Institute for the Science of Light. For the first time, it is now possible to study in detail how certain enzymes modify proteins through carbohydrates. This process plays an important role in diseases such as some forms of cancer. 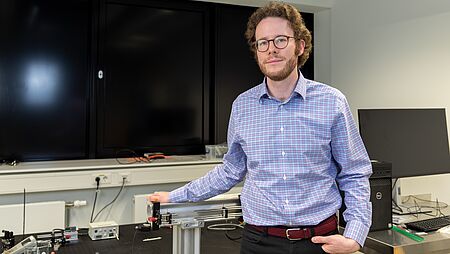 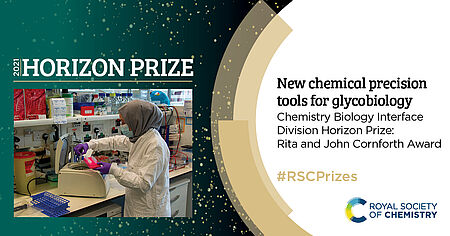 Cells surround themselves with a tight meshwork of sugar trees and chains of various sizes, which are bound to proteins and lipids. This sheath - called a glycocalyx - protects the cells and influences how they interact with their environment. The precise study of this sugar coat is extremely difficult. One important reason for this is that a large number of enzymes are involved in the production of the sugar structures in the glycocalyx, and their effects overlap considerably. Which enzyme acts when and where in the cell was previously unknown for central and clinically highly relevant components of the glycocalyx.

A research team from Stanford University, Imperial College London and the Francis Crick Institute has now developed a method to study the processes involved in the formation of the glycocalyx in detail. The team included Leonhard Möckl, who heads meanwhile his own research group at the Max Planck Institute for the Science of Light in Erlangen. A jury has now honoured the scientists with the Chemistry Biology Interface Division Horizon Prize: Rita and John Cornforth Award of the British Royal Society of Chemistry. The prize recognises special achievements at the interface between chemistry and biology.

The team led by Stanford professor Carolyn R. Bertozzi can now use a variety of biochemical and optical methods to study how the cell attaches certain modified sugar molecules to proteins. The resulting glycoproteins are an important and widespread building block of the protective envelope around the cell. If malignant tumours form in the body, these processes often run incorrectly. The new, award-winning research method now makes it possible to study how this happens. This can potentially open up paths to new therapies in the fight against cancer.