With his new group at the Max Planck Institute for the Science of Light, Mario Krenn wants to use AI algorithms as a source of inspiration in quantum physics. 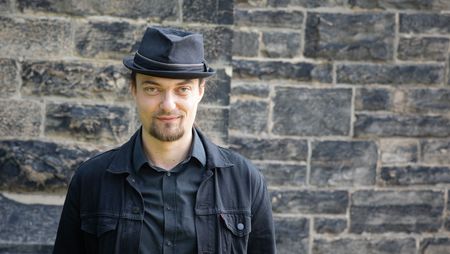 Surprising and creative ideas are the pillar of science. If we had a way to find such ideas more systematically, it could significantly accelerate scientific and technological progress. Mario Krenn, who has started a new research group in Erlangen on 1 September 2021, intends to use computer algorithms and artificial intelligence as a source of inspiration: “We want to exploit this potential in the physical context and use computers as a resource of surprises and inspiration in quantum physics.”

Specifically, the group will apply two different technologies for the design of new quantum experiments and quantum hardware: A graph-theoretical artificial intelligence algorithm will allow them to extract the conceptual cores of solutions. Furthermore, the team will use Deep Learning technologies that have been successfully applied in other fields such as material design. The question that they want to explore: How do machine learning models "think" about scientific problems?

Mario Krenn and his group aim to use the AI algorithms to invent new technologies, including quantum-enhanced telescopes or microscopes and measurements, as well as new sources for quantum computers. The main focus is on understanding new ideas and concepts from artificial intelligence systems. By that, the group wants to develop new quantum technologies and hopefully, get new insights into quantum physics itself.

Mario Krenn received his PhD in Quantum Physics at the University of Vienna in the group of Anton Zeilinger, where he developed AIs for designing quantum experiments and inspiring novel ideas for quantum technologies. Afterwards, he joined the group of Alan Aspuru-Guzik at the University of Toronto and the Vector Institute of Artificial Intelligence with a FWF Erwin-Schrödinger Postdoctoral Fellowship and had a short-term stay at the Institute of Advanced Research in Artificial Intelligence in Vienna, focusing on AI and semantic networks for inspiring future research ideas. He is excited about the potential of artificial intelligence inspired and augmented science, and how we can use algorithms in a more “creative” way.