The membership of Optica, formerly OSA, the leading organization for the advancement of optics and photonics worldwide, has elected Gerd Leuchs, director emeritus at the Max Planck Institute for the Science of Light, Germany, as the society’s 2022 Vice President. 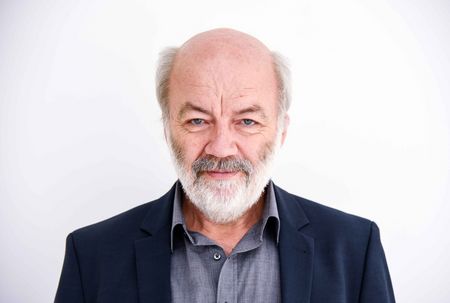 The election results were announced today during the Optica Annual Business Meeting, which was held during the Frontiers in Optics + Laser Science Conference, 01 - 04 November 2021. This year’s conference and all special events were held in an all-virtual format and drew participants from around the globe. Additionally, Judith Dawes, Professor of Physics and director of MQ Photonics Research Centre at Macquarie University, Australia, was voted in as a director-at-large for a 2022 - 2024 term.

“Gerd has been an active member of our organization throughout his professional life,” said Optica CEO Elizabeth Rogan. “His groundbreaking work in laser spectroscopy and quantum communication and his extensive knowledge of our organization will be great assets.”

Gerd Leuchs has been leading research groups since 1985, including a period from 1990 - 1994 when he worked in industry in the R&D area in Switzerland. He then moved on to the University of Erlangen-Nürnberg. Following a 5-year block grant by the Max-Planck Society, the new Max Planck Institute for the Science of Light was established in 2009. There Leuchs served as a director until 2019, when he received emeritus status and continued leading a smaller-scale research group. Gerd also works part time at the University of Erlangen-Nürnberg and is currently affiliated with the Institute of Applied Physics of the Russian Academy of Sciences at Nizhny-Novgorod. In addition, he has close ties to the University of Ottawa as professor adjunct.

An Optica Fellow since 2004, Leuchs has authored more than 400 publications in scientific journals and has edited three books. In 2005, the European Physical Society awarded him the Quantum Electronics and Optics Prize and in 2018, the German Physical Society and Optica presented him with the Herbert Walther Award.

A new director-at-large was also elected

An Optica Fellow since 2019, Dawes’ current research focuses on the collective interactions of light at the nanoscale, applying nanophotonics to imaging and sensing. Her research achievements include the crystal growth, optical characterization, and laser operation of a new laser crystal, Yb:YAB, which emits tunable, self-frequency-doubled, infrared and green light; and the invention of a laser-cured protein solder for laser microsurgery to repair severed nerves and blood vessels.

Optica (formerly OSA, before Optical Society of America) is dedicated to promoting the generation, application, archiving, and dissemination of knowledge in optics and photonics worldwide. Founded in 1916, it is today the leading organization for scientists, engineers, business professionals, students, and others interested in the science of light. Optica’s renowned publications, meetings, online resources, and in-person activities fuel discoveries, shape real-life applications and accelerate scientific, technical, and educational achievement.