Twisted photonic technology for measuring the safety and efficacy of drugs

Measuring the chirality – the lack of symmetry upon reflection – of substances is of fundamental importance in pharmacology. Until now, this has been a very time-consuming and inefficient process. Fast and high sensitivity chiral sensors could become game-changers for drug discovery and nanomedicine. 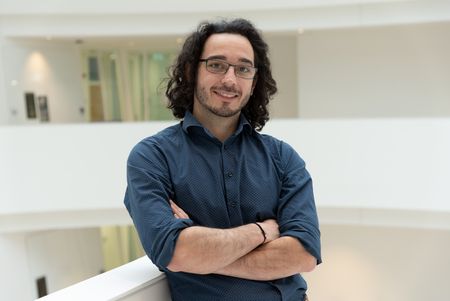 A research team led by Francesco Tani at the Max Planck Institute for the Science of Light aims to develop a new chiral lab-on-chip sensor technology. This will measure quickly and efficiently the safety and efficacy of drug candidates, using sample sizes of less than one nanolitre and with an enhancement in sensitivity by hundreds of thousands of times.

This research project, which has been funded with 755,000 euros, is part of the larger consortium TwistedNano - Twisted nanophotonic technology for integrated chiroptical sensing of drugs on a chip. This collaboration with scientists from all around Europe has been financed by the Pathfinder Open 2021 call of the European Innovation Council with a total budget of approximately four million euros.

To realize this innovative device, the Erlangen scientists will use photonic crystal fibres and combine them with other cutting-edge micro and nano-photonic platforms. These fibres – invented by Philip Russell, who is also part of the project – are among the key elements that make this new technology possible. They can dramatically enhance the interaction of light with various substances and when twisted can increase even further the sensitivity of light to a specific enantiomeric form – the handedness of a molecule – thus enabling quick measurements of the chirality of drugs using unprecedented small quantities.

The scientists also expect the new device to find another area of application: detecting minute amounts of viruses and macromolecules. The new technique could be used in nanomedicine for diagnostic purposes and find applications in areas such as cancer therapy.

Why chirality is so important

The search for new drugs requires reliable, highly sensitive, and rapid techniques for identifying and testing small quantities of candidates for clinical trials. Many pharmaceutical substances contain chiral molecules. Often, only one of the two enantiomeric forms is effective, while the other either does not affect the organism or has a negative effect. Thus, ruling out biotoxicity requires a systematic investigation of the chiral properties of drugs.

An infamous example is provided by the sleeping pill thalidomide around 1960. While the R enantiomeric form produced the desired sedative effects, the laevorotatory form when adopted during pregnancy led to thousands of miscarriages and the birth of over ten thousand children affected by a range of severe malformations.