Christoph Marquardt has been appointed professor at FAU

Christoph Marquardt, who heads the independent research group for quantum information processing at the Max Planck Institute for the Science of Light (MPL), has been appointed as a tenured professor at the Friedrich-Alexander-Universität Erlangen Nuremberg (FAU). 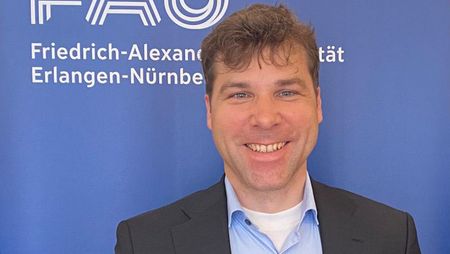 Christoph Marquardt received his physics degree from the University Erlangen Nuremberg, Erlangen, Germany, and the University of York, U.S., in 2002. During his Ph.D. (2007), he investigated the generation of squeezed light in standard and photonic crystal fibers, studied concepts of pulsed resonant atom-light interaction, implemented quantum distillation protocols, and looked at the quantum tomography of polarization states.

Since 2009, he has been Group Leader of the quantum information processing group (QIV) in the division of Gerd Leuchs at MPL. From June 2012 to April 2014, he was a Guest Professor with Alcatel Lucent Bell Labs, University of Erlangen-Nuremberg and from September 2013 to July 2014 a Visiting Researcher with the Technical University of Denmark. He has profound expertise in experimental quantum optics, quantum information, and nonlinear optics.

Now he has become a full tenured professor at the FAU. He will lead a new chair at the University focused on research into quantum communication.