The Nobel Prize in Physics was awarded this year to three quantum researchers, Alain Aspect, John Clauser and Anton Zeilinger. According to the Royal Swedish Academy of Sciences, their experiments have laid the foundation for a new era in quantum technology. 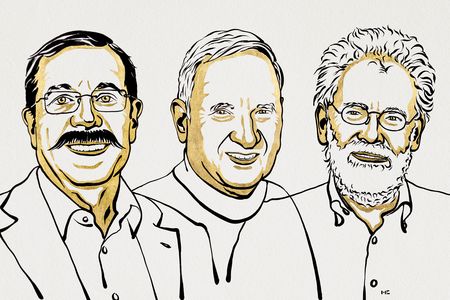 Around 1900, classical physics had reached its limits on topics such as the description of light. The German physicist Max Planck therefore developed the quantum hypothesis, which states that radiation such as light cannot exchange arbitrary amounts of energy with matter, but only certain energy packets, the quanta. Albert Einstein won the Nobel Prize in 1921 for further developing this hypothesis. Einstein still rejected the idea that these quantum particles can be entangled with each other, that is, that their states are interdependent.

Now, in 2022, three physicists received the Nobel Prize for demonstrating precisely this phenomenon of particle entanglement. With their experiments, John Clauser, Alain Aspect and Anton Zeilinger were able to dispel doubts about the theory and create the basis for the practical application of quantum mechanics, which had previously remained a mystery.

It continues to play a major role in research at the Max Planck Institute for the Science of Light (MPL) today. Numerous scientists in several departments and research groups here cover a broad spectrum of research, including quantum optics and quantum technologies such as quantum communication, or encryption technologies. MPL Director Vahid Sandoghdar's Nanooptics Division has focused on advancing the experimental and theoretical mastery of light-matter interactions at the nanoscale. Professor Sandoghdar explains, "Realizing seemingly simple quantum states in the laboratory remains a major challenge. We study single quantum emitters such as molecules that couple to each other either directly or via a photonic circuit. To do this, we need to learn to control matter and light at the quantum level.”

Maria Chekhova, research group leader at MPL, has been conducting research on entangled photons for more than 20 years. For her, the topic of this year's Nobel Prize is great news: "In recent years, we have made several experiments where entangled photons were produced by two sources, leading to quantum interference. One of the Nobel laureates, Anton Zeilinger, has developed a method for novel imaging based on this type of interference. I believe this direction has a bright future, and I'm excited to continue developing it."

Another research group leader whose work is directly related to quantum physics is Mario Krenn, who is based in MPL Director Florian Marquardt's Theory Division. Krenn, who earned his doctorate under laureate Anton Zeilinger, is focusing on the field of artificial intelligence. One goal of his research is to use artificial intelligence to develop new, surprising ideas in the field of quantum physics. About his PhD supervisor, he says, "Anton Zeilinger always encourages students and collaborators to think outside the box and is very open to new ideas. This open mind and his fundamental curiosity have strongly influenced my own research interests."

As a center for quantum research, the Max Planck Institute for the Physics of Light also has direct personal connections with the Nobel laureates. Gerd Leuchs, who was one of the founders of the MPL and is currently director emeritus, recalls, "I have known Alain Aspect and Anton Zeilinger for decades, and John Clauser from his work. Alain Aspect served on the advisory board for the MPL for many years. Anton Zeilinger had also been appointed by the president of the Max Planck Society as a rapporteur to compare the work of expert advisors at several Max Planck Institutes in our research field."